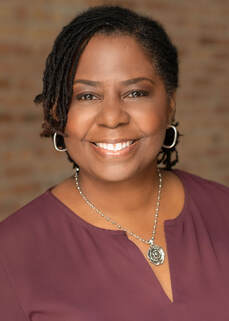 Raushanah grew up in Chicago. She attended Ball State University in Indiana and graduated with a B.S. degree in Psychology. Raushanah began her career working primarily with children and adolescents with emotional and behavioral challenges in multiple settings, including residential treatment, day-treatment, as well as in alternative- and traditional- public school settings. Working with families, especially parents, has been a central component of her therapeutic work. Over time, Raushanah expanded her range of skills, and transitioned her therapeutic work to include adults.

Raushanah relocated to California where she continued to pursue her passion for higher education. She earned a M.S. in Counseling, in addition to education, training and credentialing as a school psychologist from California State University in Hayward, California.

Raushanah practiced in a variety of clinical and educational settings in California and received advanced clinical training at the highly regarded training and outpatient community-based mental health clinic, The Ann Martin Center, in Emeryville, California. She also pursued advanced training at the San Francisco Center for Psychoanalysis to focus on child development and treatment.

In 2010, Raushanah became a Licensed Marriage and Family Therapist in the State of California; the U.S. State with the most stringent licensing requirements. She maintains her California license and is able to continue seeing clients residing in that State.

While still in California, Raushanah began developing her specialization in trauma-focused work with active duty service members and their families. She worked at Camp Pendleton, Marine Corps Base in Oceanside, California, where she received training in EMDR (Eye Movement Desensitization and Reprocessing therapy).  Her work with military families and veterans dealing with PTSD (Post-traumatic Stress Disorder) continued after returning to Chicago, where she was on the staff of The Road Home Program at Rush University Medical Center.

In 2015, Raushanah was introduced to Emotionally Focused Therapy (EFT) and took the Externship, the first required training in the Certification process. She has used the model with couples in her part-time private practice in Southern California,  with veterans and military families at Camp Pendleton and eventually at The Road Home Program.  In 2020 she completed the advanced training Core Skills, in Chicago and currently, Raushanah is in the process of pursuing Certification as an EFT Therapist.