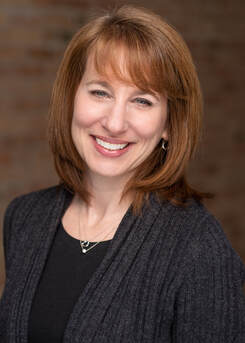 Marcia attended Indiana University and graduated in 1987 with a double major in Psychology and Sociology. She received her M.A. in Community Counseling from Loyola University of Chicago in 1991. She became a National Certified Counselor (NCC) in 1993. In 1995 the State of Illinois initiated licensure for Clinical Professional Counselors and Marcia was in the first group to sit for the exam (LCPC). In 2004 Marcia earned her certification as a Certified Alcohol and Drug Counselor (CADC).


Marcia began working as a counselor in 1988. Upon receiving her M.A. she began counseling individuals, couples, families and adolescents in an outpatient therapy setting through 1997. During that time, Marcia also supervised crisis intervention services for a community mental health center between 1994 and 2010.

In 2000, Marcia began working in a community substance abuse agency in the adolescent program. She developed a family education group and worked with parents to adapt their parenting techniques to meet the developmental changes of their teens.  Marcia also counseled adolescents involved with alcohol, drugs and high risk behaviors.

In 2006 Marcia became supervisor of the substance abuse program of a small suburban agency.  She counseled adults with a variety of issues, while continuing her work with adolescents and parents.

The participation and popularity of the program exceeded expectations and feedback from the recovery community was overwhelmingly positive. Marcia received corporate wide recognition for her efforts in creating the Women's IOP at Hazelden Chicago

Marcia expanded her part time private practice to full time in the fall of 2011. In 2012, Marcia attended the first training to become an Emotionally Focused Therapist. The following year, she took the advanced training and in 2016 she became the fifth Certified EFT Therapist in the Chicagoland area and in the Midwest. Marcia continued her training in EFT and was Certified as an EFT Supervisor in 2019.