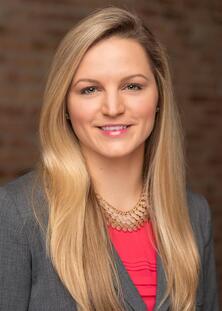 Lauren attended Indiana University for her undergraduate studies where she double majored in Psychology, Sociology, and minored in Business. She graduated in 2010 and went onto a four-year career in Human Resources. Lauren decided to return to school for her M.A. in Marriage and Family Therapy at the California School of Professional Psychology, Alliant International University - San Diego.

During Lauren’s graduate school clinical training, she secured placement at the Alliant Couple and Family Clinic/Training and Research Institute for Emotionally Focused Therapy (TRI-EFT. )  The program is regarded as the most sought after EFT traineeship in the United States. While at Alliant, Lauren’s participated in numerous advanced trainings, such as EFT Externships, Core Skills, and the EFT Triage.

Lauren was supervised by Dr. Lisa Palmer-Olsen, who is considered one of the premier EFT trainers in the world. After graduating in 2016, Lauren transitioned into a post-graduate role at TRI-EFT, where she continued to receive valuable EFT training and supervision.

Additionally, during her four years in San Diego, Lauren was a support group leader for the National Vulvodynia Association where she held regular meetings and lectures. Lauren sought out as much education as she could on sexual dysfunction by participating in the local Sex Therapy, Education and Medicine (STEM) community.

Lauren returned to Chicago in late 2017, and after securing licensure in Illinois as an Associate Licensed Marriage and Family Therapist (ALMFT,)  she joined River North Therapy in the spring of 2018, under the supervision of Marcia Vickman, LCPC, CADC, Certified EFT Therapist, Supervisor-in Training.